Chris Brown was not known to many until 2009 when he assaulted his then girlfriend- singer Rihanna. The American singer (also a dancer, songwriter and actor) has been receiving much media attention as a result of that felony assault incident and his popularity in the entertainment industry.

Due to his controversial life, the musician has endured public humiliation a number of times. From getting arrested by police publicly to being denied visas, the singer has had rough moments since he became a divisive public figure in the late 2000s. Here are 5 major incidents that occurred where Chris Brown was publicly humiliated.

1. Sentenced to 1 Year of Domestic Violence Counseling and 6 Months of Community Service In February 2009, Brown took himself to a Los Angeles police station after having an argument with Rihanna. Police confirmed that the argument involved some physical violence and the singer had injured her girlfriend.

In March, the same year, he was arraigned in court and charged with making criminal threats and felony assault. He pleaded guilty to the charges and was sentenced to 1 year of domestic violence counselling and 6 months of community service. He was also sentenced to 5 years of formal probation which included a restraining order that barred him from attending public events and seeing Rihanna. Brown was also asked not to attend the 2009 Grammy Awards, where his nominations were replaced by Al Green and Justin Timberlake.

Some organizations came out to criticize the sentence saying that it was not severe enough, but according to the singer, the punishment was one of the most humiliating moments of his life.

2. His Commercial Ads were Suspended and His Music Withdrawn from Radio
Following his arrest in 2009, several commercial ads that featured him were suspended. Some companies vowed not to use the actor in their advertising campaigns again. His music being withdrawn from radio station was another humiliating thing that the musicians faced as a result of the felony assault. According to Allmusic, several radio stations pulled his songs from their playlists, something which caused a fairly substantial backlash to the singer.

3. Banned from Entering United Kingdom, Australia and Other Countries In 2010, Brown could not get a visa to travel to the UK because of his criminal offence. He was planning to tour British cities and other European countries in an effort to popularize his music. According to Sony, the tour was postponed.

In 2015, the singer confirmed that he was barred from entering Canada due to his criminal history. He was expecting to take his tour to the country, but had to cancel it. In the same year, the singer was denied a visa to travel to Australia for another tour and he remains banned from visiting the country solely due to the 2009 conviction for hurting Rihanna. Other countries that the singer may not enter are New Zealand and Philippines.

4. Arrested for Another Felony Assault in Washington, D.C. This happened after he punched a man who wanted to take a picture with him at the W Hotel. The man claimed that Brown broke his nose during the fight which involved another man, two women and the singer’s bodyguard. The actor was put in jail for 36 hours and was later taken to court in a pair of fetters where he was charged for misdemeanor.

Brown was also arrested in 2016 for allegedly threatening a woman with a gun inside his house. Before the arrest, the singer had denied the police entry to his house. In the court, he was given a $250,000 bail and then released from the jail. According to his lawyer, the LAPD search found no firearms in his house.

5. Forced to Stay at an Anger Management Rehab Facility This was after he was kicked out of another rehab facility in November in 2013 due to breaking of the program rules. In the anger management facility, he was ordered to submit drug testing results regularly and take any prescriptions provided by the facility.

After his stay in the anger management facility had expired, he was taken to another facility (Malibu treatment center) where he violated its internal rules and got kicked out. He was jailed for 131 days for his probation violation, and was released in the mid 2014. The singer is still on probation and is supposed to see a psychiatrist two times a week, stay off marijuana and take his prescribed medication. 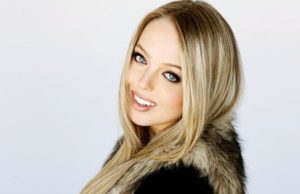