Angelina Jolie is a celebrated US actress, filmmaker and humanitarian. She is considered to be among the most important personalities in the US entertainment industry. While there is no denying that she is indeed one of the most beautiful women in the world. With these highly exceptional credentials, Angelina Jolie’s private life has often been a subject of intense publicity. She has been married 3 times, and her current marriage to actor Brad Pitt is also on the brink of collapse. Well here then is 5 quick facts you should know about Angelina Jolie dating history, marriage and divorce. Angelina Jolie had her very first serious relationship at the age of 14. Her mum permitted her and her boyfriend to live together in their home. Later on in her life, Jolie asserted she might have been irresponsible with this boyfriend on the streets. Alternatively they could live together in her bedroom with her mother occupying the adjourning room. She claimed that her mum’s decision allowed her to explore her very first love relationship in a safe and responsible manner. Jolie has likened this relationship as something similar to marriage, and claimed the breakup 2 years later, prompted her to devote her life to her acting career. While filming on the set of Hackers’ (1995), Angelina Jolie had a romantic relationship with UK actor Johnny Lee Miller. They weren’t in touch with each other after production for this movie came to an end. However, they later reconnected and eventually married each other in 1996. Jolie went to her wedding clad in black rubber pants and a T-shirt. The T-shirt bore the name of her husband-to-be in letters written with her own blood. The marriage unfortunately didn’t last and in the following year, the couple broke up and the divorce was ultimately finalized in the year 2000. Shortly before her marriage with Johnny Lee Miller, Angelina Jolie had a lesbian relationship with actress Jenny Shimizu whom she met on the set of the movie Foxfire.’ When asked about the relationship later on, Jolie declared that she was smitten with Shimizu at the very moment she first saw her. She went on to state that she would not have hesitated to marry Jenny Shimizu if she had never met Miller. Shimizu later asserted that their relationship continued for a couple of years even when Jolie was intimate with other people. After a remarkably short courting period, Angelina Jolie decided to marry actor Billy Bob Thonton at a ceremony held in Las Vegas in the year 2000. This happened just a short while after her first marriage to UK actor Johnny Lee Miller had been dissolved. Jolie and Thonton first met on the set of Pushing Tin’ in 1999. But they hesitated to pursue a relationship as Thonton was at the time engaged to actress Laura Derin. Their marriage soon became a favourite topic for the media. This was largely due the couple’s constant public declarations of love and endless gestures of passion. The most notable of which was the wearing vials on their necks containing each other’s blood. In the month of March the year 2002, the besotted couple made an announcement that they were going to adopt a Cambodian child, but suddenly separated 3 months later. Their divorce was concluded in May 2003. Angelina Jolie became caught up in a highly publicized Hollywood scandal in 2005. She was accused of being the cause of the breakup between Brad Pitt and his wife actress Jennifer Aniston. Jolie had been smitten by Pitt in the course of the production of Mr. & Mrs. Smith.’ At the time she vigorously denied these allegations citing that been intimate with a married man when her own dad had cheated on her mum was something beneath.

For some time, both she and Pitt declined to publicly state the exact nature of their relationship. Yet in January of 2006, Julie publicly announced that she was with child and its father was Brad Pitt. Their highly glamorous relationship which was ultimately labeled Brangelina’ lasted a good 12 years, and they got married in August 2014 in France. Nevertheless, after only 2 years of marriage, they separated in September 2016. Angelina Jolie is said to have already initiated divorce proceedings to dissolve her 3rd marriage. 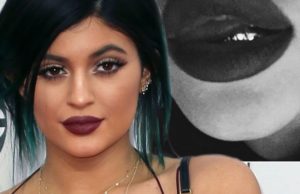