With a number of female celebrities cashing in some serious bucks over the years, it goes without saying that the rides these ladies drive are far from regular.

Some might have gotten it as a gift, while others went for a customized option. Whatever the case may be, these cars are just one of a number of options these ladies own.

Here are the top 10 most expensive female celebrity cars in the world: Kim Kardashian owns a Ferrari F430 which cost her $186,925. Kimberly Kardashian West is an American reality television personality, socialite, businesswoman, and model. Kardashian first gained media attention as a friend and stylist of Paris Hilton, but received wider notice after a 2003 sex tape with her former boyfriend Ray J was leaked in 2007.

Later that year, she and her family began to appear on the E! Network’s reality television series Keeping Up with the Kardashians. Aston Martin is a car built for the high and wealthy; putting Janet Jackson at the number nine spot; with her $234,260 Aston Martin Vanquish.

Janet Damita Jo Jackson is an American singer, songwriter, dancer, and actress. She is known for a series of innovative, socially conscious and sexually provocative records; as well as elaborate stage shows, television and film roles. 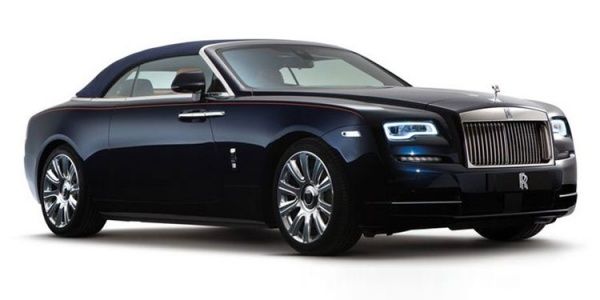 Kendall Nicole Jenner is an American fashion model and television personality. Originally known for appearing on the E! Reality television show Keeping Up with the Kardashians. Jenner is a model in a movement dubbed “the Instagirl era” by Vogue magazine, or “Social Media Modeling” by Harper’s Bazaar, where models are chosen due to their online presence and social media following.

On her 21st birthday, she was gifted a luxury Rolls-Royce from a millionaire businessman named Saygin Yalcin. Jennifer Lynn Lopez, also known as JLo, was born on the 24th of July 1969. JLo is an American singer, actress, dancer, fashion designer, author, and producer. Her acting debut came with a minor role in the film My Little Girl (1986); later JLo gained her first regular high-profile job as a Fly Girl dancer on “In Living Color” in 1991, where she remained a regular until she decided to pursue an acting career in 1993.

JLo was the first Latina actress to earn over US$1 million for a film. She ventured into the music industry in 1999 with her debut studio album “On the 6”, preceded by the number-one single “If You Had My Love”. Paris Whitney Hilton is an American businesswoman, socialite, television personality, model, actress, singer, DJ, and author. She was born on the 17th of February 1981 and she’s the great-granddaughter of the founder of Hilton Hotels “Conrad Hilton”. On her 18th birthday in 2016, Kylie got a Ferrari for her birthday gift from Tyga; worth over $300,000. Kylie Kristen Jenner is an American reality television personality, socialite, and model. She is best known for appearing on the E! Reality television series Keeping Up with the Kardashians.

See Also: Celebrities You Never Knew Had A Boob Job

In 2012, she collaborated with the clothing brand PacSun, along with her sister Kendall, and created their own line “Kendall & Kylie”. Gwen Renée Stefani owns an electric blue Rolls-Royce Wraith; fitted with a 6.6-litre engine, enabling it to go 0 to 60 mph in less than 5 seconds. Gwen who was born on the 3rd of October 1969, is an American singer, songwriter, and fashion designer. Nicki Minaj (Onika Tanya Maraj) is a Trinidadian-born American rapper, singer, and songwriter. She was born in Saint James, Trinidad and Tobago on the 8th of December 1982. Nicki earned public attention after releasing three mixtapes between 2007 & 2009.

Her ride is a pink Lamborghini Aventador, perfect for a princess with a crazy adventurous side. Celine Dion is number two on our Top 10 Most Expensive Female Celebrity Cars with the 6-litre V12 engine Maybach 62. The car which goes from 0 to 60mph in less than 5 seconds was not gotten at a cheap price, but when you have a net worth of over $380 million, what is $500,000?

Céline Marie Claudette Dion is a French Canadian singer and businesswoman. She was born on the 30th of March 1968 and has been in the industry since the 1980’s. Celine Dion’s new French album, Encore un soir, was released on the 26th of August 2016. It features 15 tracks performed in French. Beyoncé Giselle Knowles-Carter was born on the 4th of September, 1981. She is an American singer, songwriter, and actress. Beyonce is currently married to rapper “Jay-Z (Shawn Carter)” and she’s estimated to be worth $450 million (as at June 2016).

Number one on our list, Beyonce owns a vintage silver Cloud 1959 Convertible Rolls Royce. The ride is worth $1 million and has been customized to fit Queen B’s unique taste. It has a matching blue leather interior, a 6.2-litre engine, and can go 0 to 60mph in 10 seconds.